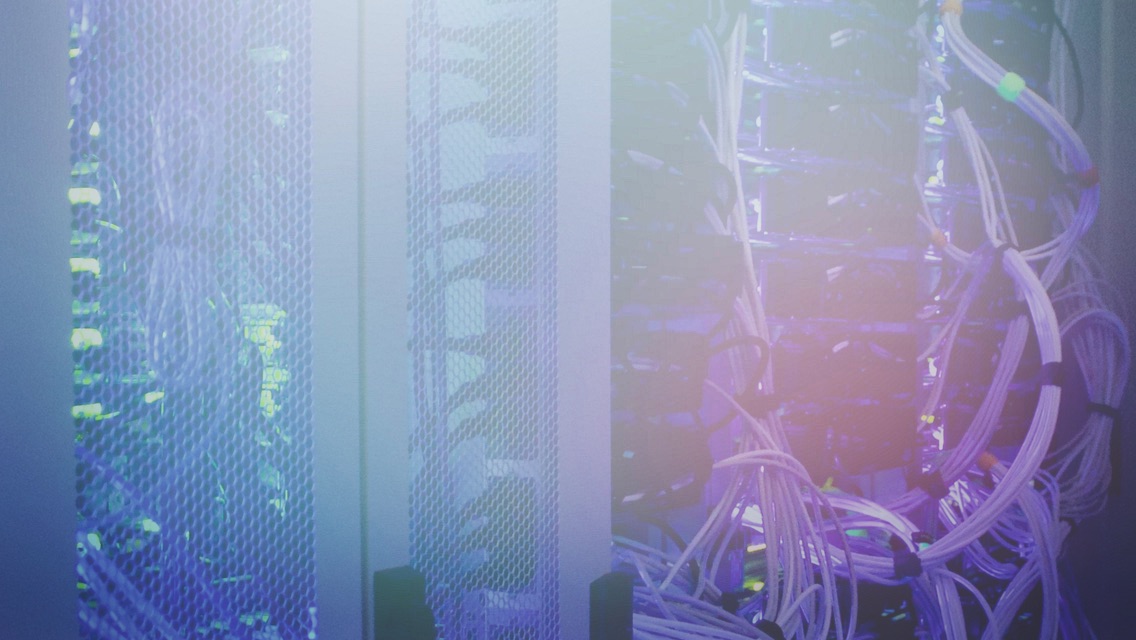 AI and other Technology

If you do a web search for Deep Learning, Machine Learning and all the differences you will often find a graph which includes all those three terms. I think this can be done more detailed. I did not find any graphic showing more than three layers so I did my own. Open image in a new tab for full image display.

The structure is hierarchically so everything e.g. Convolutional Neural networks are used in Deep Learning, which is a part of the Neural Network Landscape etc. Circles which cut other circles mean that a part of this field or method is also part of another field or method or their classification is ambiguous.

Please write me if you have any suggestions or don't agree of my choice of circles.

Update: Thanks for Jonas K. for pointing out that Evolutionary & Genetic Algorithms are not a subset of Machine Learning but algorithms used in Machine Learning. I updated the diagram accordingly.

Some while ago I tried setting up my developer story at StackOverflow. The forms include a field to enter influential books. So I wondered which books I read and what my opinions on these books were. As I sometimes wish for good literature recommendations with short reviews this lead me to this article. Here is a list of books I read recently with a short review. Some include links to Amazon. I list the languages after the author. I am currently learning Chinese (我学习汉语), so I hope to add some Chinese books in another post in some years.

Rise of the Machines: A Cybernetic History

Shines light on the history of computer technology. The early days are very interesting while the later days are probably known for people my generation or older. The historic importance of cybernetics is shown which is nowadays almost forgotten. Rating: 👍

This is again more about the history of high-tech. This book is in big parts an analysis of the American culture. Many Americans see themselves as Christians but they are in fact not. They are gnostic. Gnosis (realization) means the belief that humans are fallen gods or souls. We are prisoners of our biological bodies. As we realize it we can again rise to the divine. Gnosticism and High-Tech and therefore science wants to free us from our bodies. Gnostic ideas are found in religion, pop culture and high-tech. Wegener analyzes various case studies including the movie “matrix”. He tries a little bit too much to explain everything with gnostic. E.g. he tries explain with gnosticism why some American people have so many problems with abortions but misses some important details of the discussion. Overall the book is a collection of some history and analytics of society and pop culture. Rating: 👍

A book on architecture, but it is more a book about a philosophy. It introduced “pattern thinking” which later was used by software engineers (gang of four) and UI designers. Only after software engineers started using patterns it got the attention it has earned. This book kickstarted my interest in architecture as a way to design (local) society and daily interactions. Rating: 👍

This book is not really about high-tech but about philosophy. There is no way around philosophy when we talk about science and high-tech. Precht covers every major philosophical question and focusing on modern-day philosophy taking modern research into account. He does not introduce some new ideas so I recommend that you read an equivalent book in your native language. This book introduced me to many philosophical ideas like that there may be no single ego. Rating: 👍

McGonical argues that games can be used for good. However, the arguments are not convincing. It sounds like McGonical tries to dissolve cognitive dissonance found in the games industry. “Hey, we are investing our careers into games. I don’t have the feeling that we are doing something meaningful with our lives. Let’s look for things where games are improving the world“. The book itself contains some hints that this was the idea for writing this book. I quit the games industry after I ran into this same issue. In fact, the gaming industry is nowadays worse than casinos. This book could have convinced me otherwise but it failed. Rating: 👎

The Singularity is Near

Kurzweil is not only famous for his inventions but also books about technology and futurism. The technological singularity is the concept that accelerating technologic progress will come to a point where it grows so fast, that it leads to a singularity. Our last invention. We will upload our brains to the computer and merge with AI. Death will become only an option. Many areas of technology are covered including medicine, genetics, nanobots, and computer technology. In parts, this is not an easy read e.g. when he talks about details of neuroscience or the blood-brain barrier. In some parts it becomes repetitive when the main argument is understood, but he keeps repeating the arguments. Rating: 👍

It may have been groundbreaking in introducing cybernetics, but today most of the ideas are taught indirectly in a computer science degree. Reading this means understanding many interesting notations but with little new insights. Rating: 👎

From computer to brain

This book starts by introducing the basics of neuroscience and computer science. It has some weak chapters which are not really relevant to the main idea or where I disagree. Lytton does not really separate information from encoding. For the computation result representation does not matter. What is the difference between 0b011 and 3? They both describe the same number. My critique boils down to the quotation “A message of this chapter is that hardware molds software.” This is only true if we are optimizing performance. And this is certainly not the right book for software optimization strategies. I still have to finish it and hope to find more ideas than perceptron neuronal networks. Rating: 👎

In this post, I want to clarify my motivation for setting up this blog and the topics I am interested in writing about.

Why is this blog written in English?

I was born and raised in Germany. German is my native language. I am pursuing a career in a time where it is needed to connect with people around the world. Therefore I am using the language most people can speak and to improve my English skills.

Previously I have been using the blogging platform Medium. I chose Medium because it is easy to maintain but I disliked the recent developments of the site. As I wanted more control over the platform where I am hosting my content I am now using a custom solution. You know those good-old-days when the Internet was the „wild west“ where surfing on the internet meant exploring the web? I remember a time when the internet was not full of advertisement and websites by companies. People wrote their own websites and even own browser games. I still remember one specific site which is an archetype of this type. In school, I was tasked to write about China and do some internet research on that topic. I discovered a site of one guy who was an expert on China. He set up his own website and shared his expertise. It was fascinating. Nowadays you rarely find pages like that. Sometimes I see some decade old pares explaining some math. I want to bring this experience back to you. If you like my posts please link them on your blog or website. I am happy to answer feedback e-mails and answer your questions.

I still follow some blogs using RSS/Atom technology. RSS and Atom are protocols which can be used by some applications called feed reader, which check websites. You then get a feed like on facebook but you have the control of the sources and there is no company involved. Sounds great? You can try it out by yourself. Just use the URL of this site in any RSS reader. I am using NetNewsWire 4.

When you look at the state of society, you will see that social media has changed us a lot. I believe that lots of changes are not healthy changes. Although I grew up with technology and still believe that technology gives us useful improvements I stopped using Facebook, Instagram and avoid Whatsapp. People often cite that these are tools they need to stay connected with friends and family, but they miss two things. Every minute you spend on using these tools you could do something different. For example, instead of browsing Facebook for half an hour, you could call a friend - an experience which connects you deeper than Facebook could. This absence of some activities because you chose to pursue other activities is called opportunity costs. I want people to get updates on my life, and share my ideas. Maintaining a blog keeps me writing and finishing my projects and work on ideas. In order to further decrease my Facebook usage, I need people to get updates on my life and thoughts, which I would previously post on facebook, from a different source. Hence this blog.

I am currently pursuing a career in artificial intelligence research. Digital transformation, start-ups, and computer technology in general are also my interests.

Now some technical things. You can skip this paragraph if you are not interested.  This blog is hosted on uberspace. The software for the blog is grav, which is a flat-file content management system. I am using the hpstr theme. I customized it to make it GDPR (Germans know the GDPR as „DSGVO“) compliant by removing externally loaded resources.

Little people know that the audio quality of AAC > MP3 at the same bitrate. You can get AAC files from iTunes with the suffix m4a at the iTunes Store for example. Today I used the application “Spek” to visualize the spectrum of the same rock song with both encodings in comparison. You cannot really notice the difference by hearing (unless you are an audiophile with good equipment and very good ears) but if you want the superior audio quality with smaller file size just choose AAC files. For most people, the top audible frequency is, depending on age, at 18–20 kHz. In the diagrams, you can see that mp3 files cut frequencies at the top.

Assuming you travel a lot e.g. for your jobs and you want to reduce the time you travel. I wondered in which city you should rent a flat to stay between your trips. In my specific case the only important factor was the travel time. Regarding this, what is the best city? Luckily we can solve this problem with a computer, some programming skills and an internet connection. Some small real-world problems like this are the best way to improve your skills like in a code kata. In Germany, almost every city is connected by rails and tickets are quite cheap. This reduces the cities we have to consider as small towns don’t have a train station. The cities to consider can be picked from a map.

I wrote the script in python, but a javascript version should work the same way. One input file is a simple list of cities with the concert locations. The other one is a list of cities which are a reasonable to consider. Then the mean travel time with public transport is calculated for each home city. The results are sorted, so you get a ranking. In her case the best city is Cologne. Cologne is quite well connected, so is not that much surprising. You need an API code for the directions API from the Google developer section in order to Google Maps API. A free API key allows up to 2500 request a day, which is more than enough for this task. Using the API is quite easy, but the documentation for the Python API links to the Javascript one. The code for my implementation can be found here.